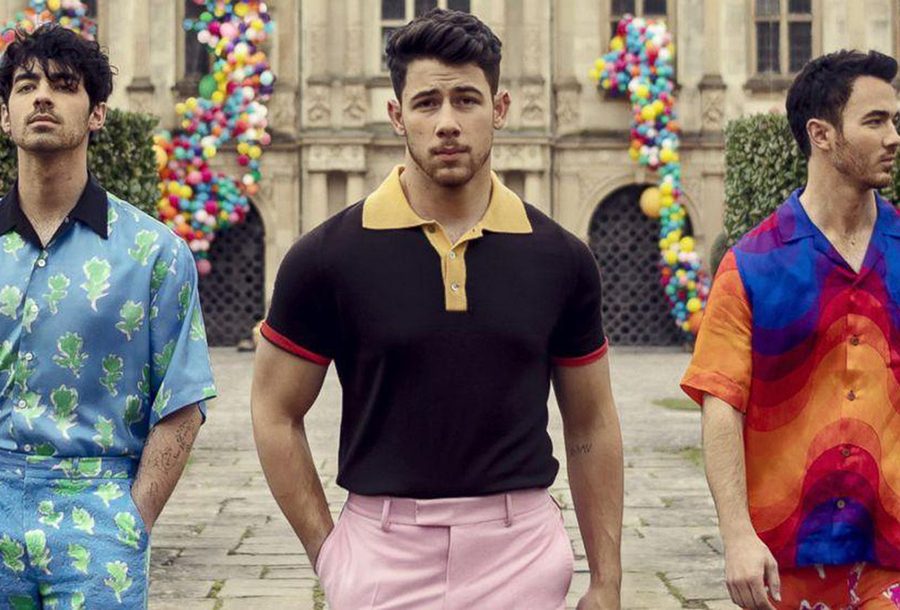 After an incredibly long five year hiatus, the Jonas Brothers are back to add a little more boyband into the music industry after One Direction raw-dogged it and left it cold, despondent, and forsaken, without even saying goodbye.

On Feb. 28, the released their first single and accompanying music video together since breaking up. Titled “Sucker”, the track is a traditional pop song with prominent lead guitar and a trusty wood block in the first verse. It is a love song of sorts, with lyrics like “We go together  / Better than birds of a feather, you and me” and “I’m a sucker for you / Say the word and I’ll go anywhere blindly”.

Unlike their first run as a trio when Joe Jonas was the lead singer, it seems this time around Nick Jonas has more vocals, singing the first verse, chorus, second verse, and harmonies. However, Kevin Jonas still has his spot as lead guitar. To conclude the song is a memorable whistled tune. The song is a good, don’t get me wrong, but it’s not the best song ever made, or even close to it. Really the only characteristic that makes it special is the fact that the Jonas Brothers are singing it.

Nonetheless, it is very catchy and has succeeded in digging up my inner JoBros stan. The song came with a video (as well as a director’s cut with the video) directed by retired Anthony Mandler. The best word I can describe it with is weird. It takes place at a luxurious Victorian style mansion. The Brothers are clad in extravagant clothing, and so are their wives, as they sit and watch them perform in one of the mansion’s many rooms. There are more scenes in which the three couples trim hedges, fence each other, and lounge in luxurious bathtubs – all the while still wearing fascinating outfits. It is captivating, to say the least, and leaves new and old Jonas Brothers fans excited to see what will come next.