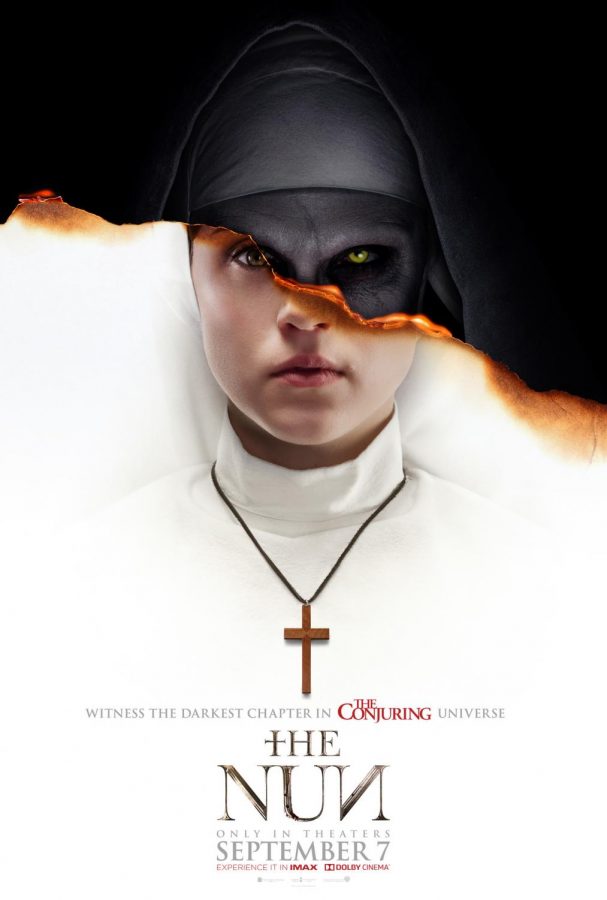 The Nun provides the backstory for the horrifying nun painting and demon that was featured in a few parts of The Conjuring 2 that terrified Lorraine Warren, a half of the demon investigative team in The Conjuring franchise, and her daughter. The film takes place a few years after the end of World War II and focuses on an abbey in a rural part of Romania.

The villagers have always avoided the abbey because of the belief that it’s possessed by demons and that a great evil festers there. When a French farmer, “Frenchie” (Jonas Bloquet), delivers his weekly produce and comes across a hanging nun, the Vatican sends Father Burke (Demian Bichir) and Sister Irene (Taissa Farmiga) to investigate the abbey.

The plot started out very mysterious with the opening scene leaving audiences with many questions, but as the movie went on, the plot went downhill. The explanation of why the abbey was haunted and how to get rid of the demon were lacking and quite cheesy compared to the other movies of The Conjuring. Some of the scenes were also confusing since Sister Irene has “visions” that the filmmakers decided to make no different than what was actually happening, causing viewers to be unsure of what was real and what wasn’t.

The editing style and effects were also lack-luster. One element of horror was that the dead nuns would become almost zombie-like that really took away from the seriousness of the film. They also gave the demon a body of somesort when it wasn’t imitating a nun that also distracted away from the fear-factor of the movie.

The best parts of the film were the ties back to the first film in the franchise, The Conjuring, and the comedic moments made by Frenchie. At the end of the movie, it was revealed how the Warrens got involved with the demon in The Nun in an unexpected way that made the franchise fans gasp. There was also a surprising amount of jokes and laughs throughout the film. In the moments of peril and intense jump scares, Frenchie became a fan favorite by being the most relatable character in the movie, reacting to things how most “normal” people would.

Although The Nun can’t compare with most of the other films in The Conjuring saga, it was still an entertaining and scary movie for fans and newcomers to enjoy.