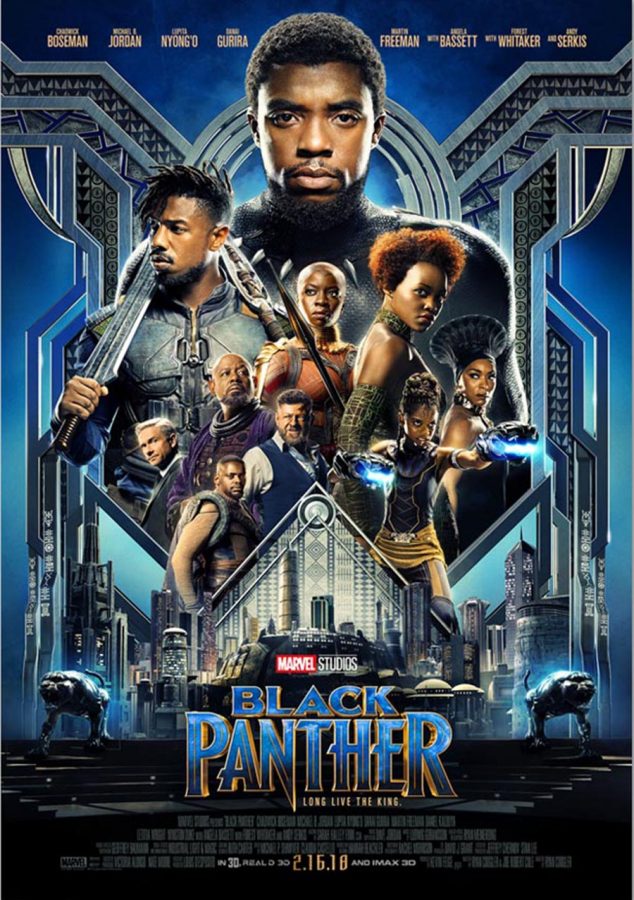 Black Panther is the first Marvel movie to have a mostly African-American cast starring Chadwick Boseman, Michael B. Jordan, Lupita Nyong’o, Danai Gurira, and more. The cast caused excitement amongst Marvel fans since they were getting their first African-American main super-hero. The casting also included Martin Freeman and Andy Serkis who returned as their roles of Agent Ross and Klaue.

The main plot provided an interesting distinction from other superhero movies. While there was a main villian who did kill and harm people, a big part of the conflict between Black Panther (Boseman) and Erik Killmonger (Jordan) was the argument of whether or not Wakanda should practice nationalism and isolationism or globalize. Black Panther wants to keep the major technological advancements Wakanda has achieved secret to keep the country and people safe. Meanwhile, Killmonger wants Wakanda to share it’s weapons and medical technology to the rest of Africa and suffering countries. The themes of the movie coincided with the major debate today more so than any other Marvel movie in the past.

The sets and shots of Wakanda were beautiful, mixing colorful nature shots of the geographical area surrounding Wakanda and aesthetic modern city shots. The architecture of  Wakanda’s buildings was brilliantly modern and futuristic yet an African influence was still present. The dream sequences had a gorgeous sunset in the background with a purple-blue-red color palette that was very pleasing to the eye.

The film soundtrack and score, much like everything else, was a perfect mix of modern and traditional African style. The soundtrack, put together by Kendrick Lamar, was hip-hop and rap that went along with the city and action scenes. The score, composed by Lugwig Goransson, was used during the more emotional scenes and nature sets.

The acting and the script was done very well also. The actors were convincing of their roles and situations making the audience connect and enjoy the characters. The script maintained Marvel’s uncanny job of incorporating humor within heavy topics, scenes, and situations .

Marvel did a good job of introducing Black Panther to his own storyline without making a superhero backstory movie. Marvel did the same type of introduction with Spider-Man: Homecoming. Since they had just bought the rights to Spider-Man from Sony, Marvel needed a way to introduce him that wasn’t a backstory movie because it had already been done multiple times. They decided to make Spider-Man’s big entrance, along with Black Panther, in Captain America: Civil War. Marvel fans got to know the new characters without having their entire beginning storyline and received more context of their backstory in their recent solo movies without making it the main focus.

All in all, Marvel continues to put out successful superhero movies with their newest edition, Black Panther.