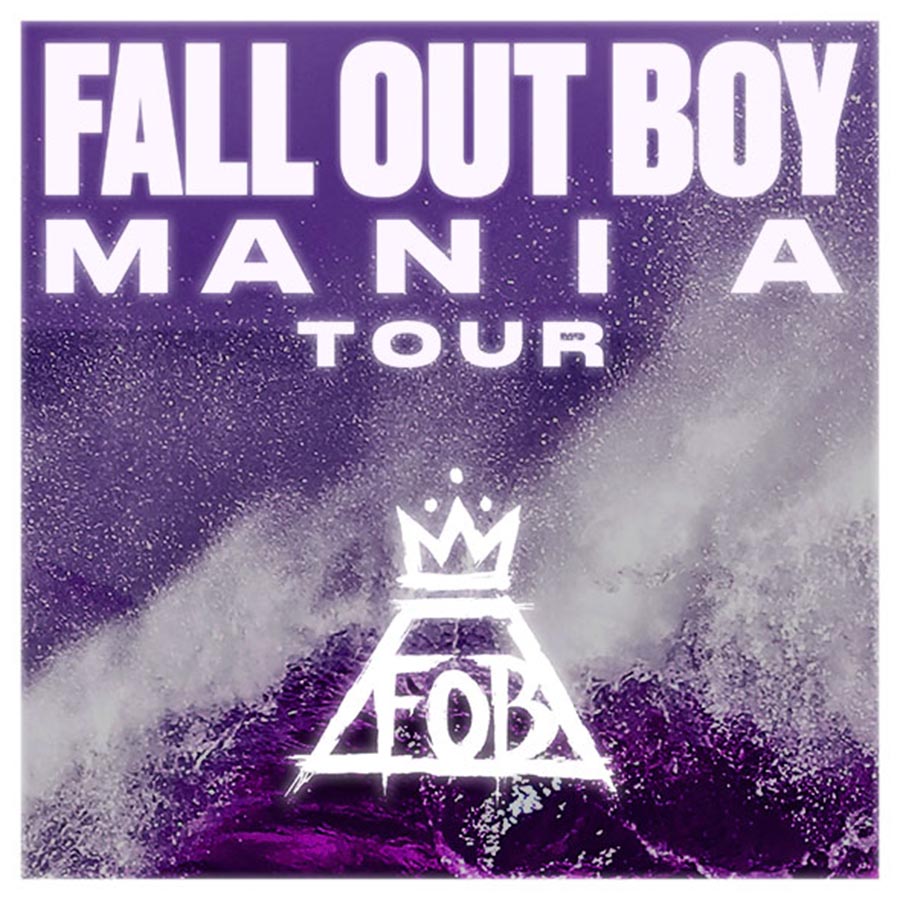 Despite their album being pushed back until Jan., Fall Out Boy performed their Mania tour concert at the Scottrade Center Oct. 21.

Since the band wasn’t entirely happy with their album, Fall Out Boy has only released three songs from Mania: “Young and Menace”, “Champion”, and “The Last of the Real Ones”. All three songs plus “Expensive Mistakes”, which has yet to be released, were performed. During the concert, heavy EDM influenced “Young and Menace” only featured lead singer, Patrick Stump, as he played the piano.

The band included a variety of songs from all their albums stretching all the way back to their first, Take This to Your Grave, released in 2003. “Grand Theft Autumn/Where Is Your Boy” and the throwback but extremely popular “Sugar, We’re Goin’ Down” from Under the Cork Tree (2005) were performed.

The concert was fast pace as the band opened with “The Phoenix”, “Irresistible”, “Hum Hallelujah”, “Sugar, We’re Goin’ Down”, and “Alone Together” back to back. “Immortals”, “American Beauty/American Psycho”, and “Centuries” soon followed. Then a piano was moved to the stage for “Save Rock and Roll”, “The Last of the Real Ones”, and “Young and Menace”.

Unfortunately, some of the equipment malfunctioned during the show. For the performance of “Dance Dance”, “Expensive Mistakes”, and “Thnks Fr Th Mmrs” the band was supposed to be on platforms suspended in the air. Due to the technical difficulties they had to move back to the main stage after “Dance Dance” which messed up the order of their set list. The audience didn’t seem to mind and still enjoyed the performances from the main stage.

Once the band completed their regular set, which ended after “Champion”, the members left suddenly and disappeared for a few minutes. They then returned and performed “Uma Thurman”, “My Songs Know What You Did In the Dark (Light Em Up)”, and finally “Saturday”. For “Saturday”, bassist Pete Wentz threw on a St. Louis Blues jersey and left the stage to stand on the divider to interact with the fans. Meanwhile, confetti was shooting up from the stage as parachutes carrying t-shirts fell from the ceiling.

The video accompaniment was very entertaining throughout the show. During “Centuries”, a montage of Muhammad Ali and various football players kneeling during the National Anthem played. Other montages included various clips of people flipping each other off in popular movies and T.V. shows during “I Don’t Care”, clips from Big Hero 6 during “Immortals” since the song was in the movie, and a Princess Diana tribute during “Champion”.

In their recent music videos for the Mania album, Fall Out Boy has included llama costumes. At the concert they had the llamas come out to perform a skit and shoot out t-shirts using cannons. Another concert highlight was the fan created “FOB Mania Project”. It starts when the audience arrives at the concert venue where purple slips of paper cut out in the shape of the band symbol are being passed around. Then during the performance of “Young and Menace”, the audience holds the slips of paper over their flashlights to make a purple glow in the crowd to match the album color scheme.

Although Fall Out Boy had some setbacks and difficulties at the concert, they still managed to give an entertaining performance and make fans happy.