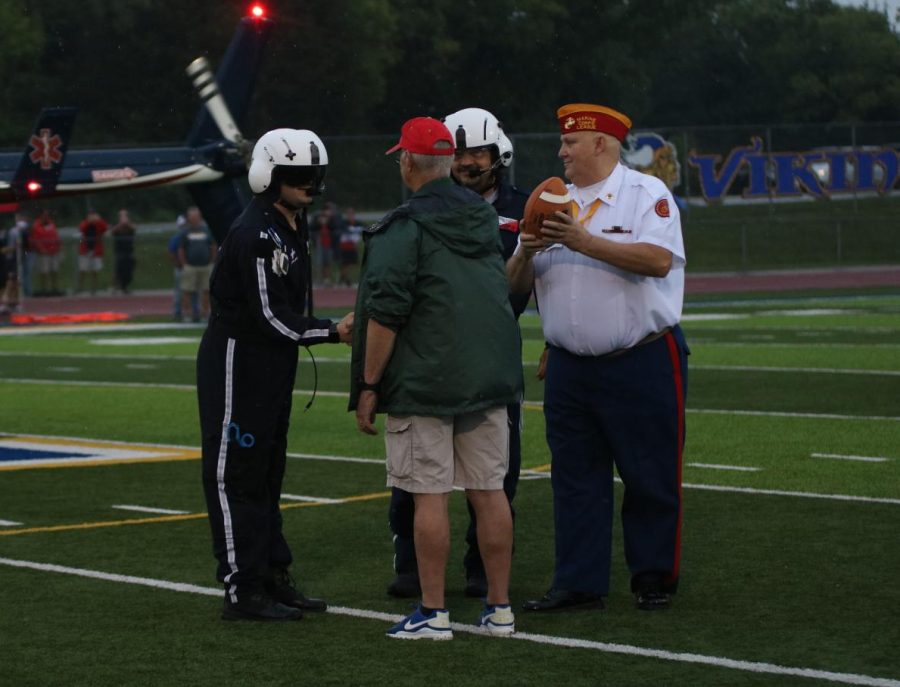 Friday, Sept. 2 Howell varsity football won against Jackson, 41:14. The game was the seventh Annual First Responders and Military Appreciation Night.  Despite rainy weather, it was a packed student section. The game raised $2,000 for the Backstoppers Association making it a total of $18,000 raised in the seven years hosted.

“We knew that it was going to be the biggest crowd we’ve played in front of, so we put an emphasis on having a good week of practice to stay focused on Friday,” varsity captain senior JB Ney said.

The Missouri Patriot Guard Riders rode around the track on motorcycles before the game.

“It was really cool to be on the sidelines and so close to the motorcycles,” varsity golden girl sophomore Maura Duffin said.

To continue the tradition, the game football was delivered to the field by helicopter from the Air Evac Lifeteam. Mizzou’s head football coach Elijah Drinkwitz delivered it.

“Not many schools around the country can say that they have a game ball delivered via helicopter. It’s a great tradition Howell has and it sets a tone that we truly are a prestigious school,” Ney said.