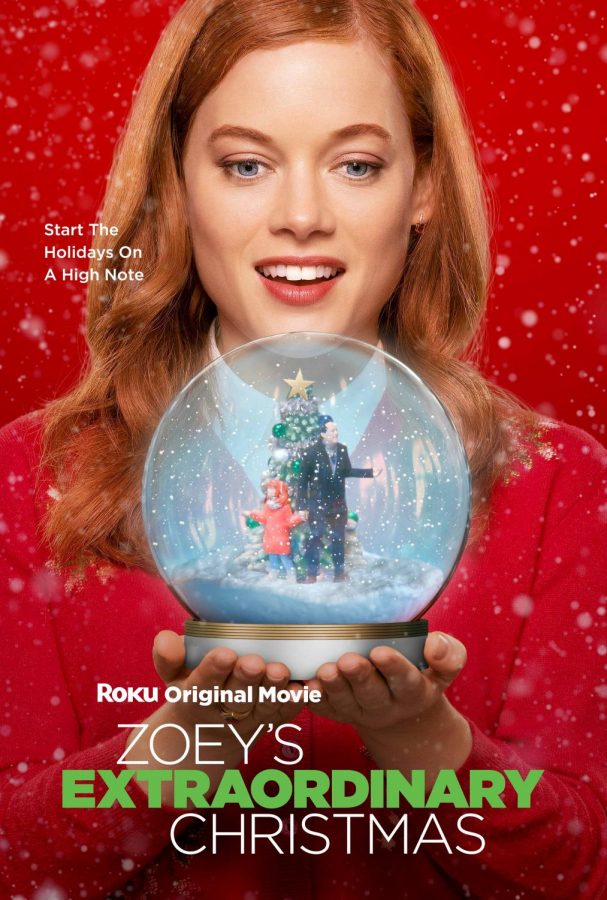 The power to understand others’ emotions through musicals isn’t a typical theme in holiday movies. But it works in a new Christmas classic, Zoey’s Extraordinary Christmas. The movie follows Zoey Clarke (Jane Levy) and her family after the death of her father, Mitch (Peter Gallagher). In Zoey’s mind, the perfect Christmas is one exactly like her dad always planned, so she recreates it to bring her family back together.

In the Hallmark-like Christmas special, Zoey discovers that being exactly like her father is a hard task. She ends up making her own memories along the way, and creates new, special traditions.

Released Dec. 1 as a Roku Original, the movie is a new holiday spin on the series Zoey’s Extraordinary Playlist. The series premiered in Jan. 2020, but was canceled by NBC after the second season this June.

Zoey’s Extraordinary Christmas is a continuation of the series, but is made in a way that even people who have never seen the series can watch. The film is rated TV-14, and brings a sense of fun and amusement that’s enjoyable to watch.

For returning fans, the movie furthered Zoey and Max’s (Skylar Astin) relationship and showed the impact of Mitch’s death. However, the main cliffhanger from season two, Max’s new powers, was answered in an unsatisfactory way.

The reason for his powers was to be able to empathize with Zoey more easily, but it was treated as a very minor plot point until the end of the movie. He also lost his powers when Zoey had processed more of her grief and they were further in their relationship, “showing” that Max no longer needed them.

Overall though, director Richard Shepard created a good Christmas movie that tied in with the previous seasons. The movie gives watchers many comedic moments during the musical portions with the choreography and singing. A mix of Christmas and pop songs are included, sure to stick with the viewer throughout.

The movie is full of appeal, laughter, and spirit. Even if one doesn’t enjoy traditional, cheesy Christmas movies, Zoey’s Extraordinary Christmas brings new, creative, and fun elements that the whole family is certain to enjoy.