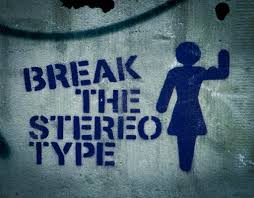 With over 1,800 kids, a lot can be said about the student body. But when stereotyping the school, those same few words are heard: hick, racist, rich, white, and sports-centered.

After surveying 150 students at lunch, Oct. 2, 78 said that the number one word they hear when people talk about Howell is hick. Racist and sports-centered were also high with just under 30 people each.

With only 6,200 people living in a two-mile radius of the school, Howell is considered in the middle of nowhere, so it is hard for students to fight the blanket statements made about our school.

“It’s split down the middle. You have the people who live in New Melle, the hicks, but they’re not all hicks. But then you just have the kids who live off of Highway K, they just live in O’Fallon,” senior Cole Litteken said.

Not only does Howell get stereotyped by its location, but also by its sports. Howell has many sports programs like football, baseball, soccer, wrestling, swimming, and many others. Baseball is a very well known at Howell with 11 state final four finishes, boys basketball, and football with one state final four finish each.

“We’re mainly sports oriented, specifically guys sports. Like girls basketball, for example, there’s no one at their games. By the time it’s boys basketball, there’s a bunch of people,” senior Olivia Hunsicker said.

Another stereotype that’s commonly heard is racist. Out of the 6,200 people that live in a two-mile radius of the school, 98.1% of the population is white. That combined with just over 500 people owning more than five acres of land for farming, it’s easy to use blanket statements.

“I hear ‘you’re like the whitest black person I know,’” senior Sophie Davis said, “Because there’s this stereotype that people who are black don’t enunciate right, or they act a certain way, or they talk ghetto kinda. But since I don’t do those things they’re like ‘oh you’re not one of us you’re basically white’ because I don’t fit the stereotype.”